The Night Before Christmas: Greece 2014 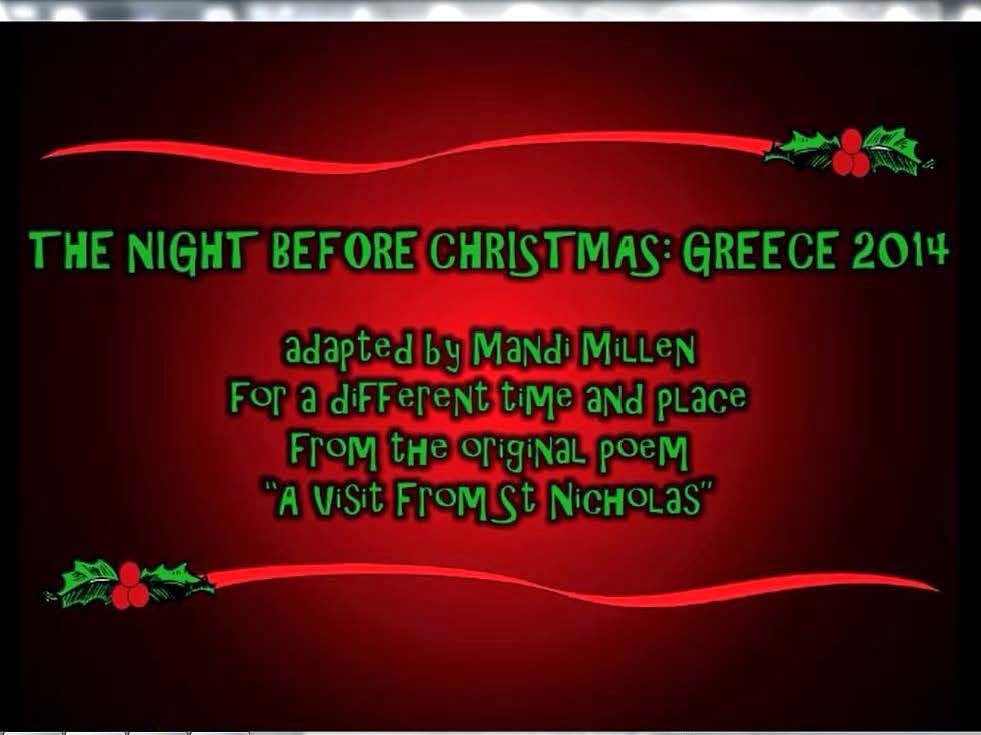 'Twas the night before Christmas, when all through the land
Not a civil servant was stirring, no offices manned;
The melomakarona* were laid on the table with care,
In hopes that Kostakis soon would be there;

Little Alexi was nestled all snug in his bed,
Visions of election and power in his head;
Bills to be paid by New Year on the floor,
Light, heat, phone and taxes galore;
The children left their trigona** untouched,
Knowing their jingling won’t gather much;
The days of profit from their song are no more,
“Na ta poume?”*** most likely to meet a closed door. 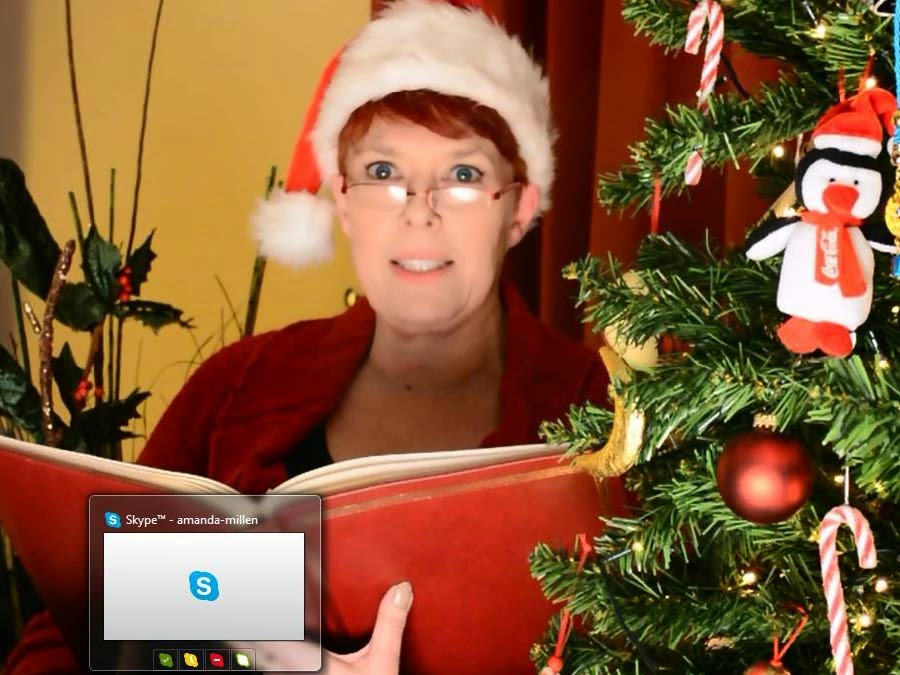 Piles of rags in shop doorways shuddered,
No home, no Christmas, they no longer mattered;
Shave-headed trolls were sleeping til Dawn,
With dreams of “Ellas über alles” and burning crosses on lawns;

When out in the street there arose such a clatter,
I sprang from my bed to see what was the matter.
Away to the window I flew like a flash,
Tore open the shutters and threw up the sash.

The moon shone weakly through the wood-smoky air,
Giving a hazy view of what I saw there,
And what to my eyes appeared at the gates?
A bullet-proof Mercedes with ministerial plates.

The driver had glasses and he frowned as he muttered,
I thought for a moment it was Harry Potter.
But no, no magic, it was just Samaras,
Waving promises like a priest performing at Mass.

Beside him appeared a fat red-robed elf
Who started to take all our gifts from the shelf;
He had a broad face and a big round belly
That shook when he laughed – yes, it was Vangeli.

I watched as our visitors took gifts from the tree,
To hand over to Troika and cover their fee.
Yiayia and Pappou**** slept on, I should mention,
Worn out from hours in queues for their pension.

With a wave of his hand and a wink of his eye,
Our guest took the coin from our New Year’s Pie.
Yet I knew in the morn he’d be pious in church,
Not giving a jot that we’re left in the lurch.

As I gathered my thoughts and prepared for the morrow,
I decided for one day to put aside sorrow.
So as we head towards Yuletide, I say with good cheer,
“Happy Christmas” to all,
....but to politicians “Ai sihtir!”*****

[Explanatory notes for non-Greek residents and others not in the know:

**Trigona – the musical triangles Greek kids use as a clattering accompaniment to the traditional Christmas carol they sing from door-to-door on Christmas and New Year’s Eves to collect for money (usually for their own pockets, not charity).

***”Na ta poume?” Literally “Shall we sing it?” as a prelude to the Christmas carol once the door has been opened.

****Yiagia and Pappou – Grandma and Grandad

****“Ai sihtir!” is a curse used is Greek (though stolen from Turkish) which roughly translates as “Sod off!”]

Labels: Greece in the news, Pathetic poetry, The English Resident 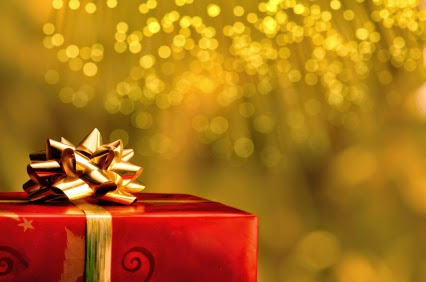 It sat there, calling to her to unwrap it, then rewrap and feign delight on Christmas morning.

She’d also sworn she’d cook the family meal - but that was before Mum took pity on her office party hangover.

She sipped her wine as she flipped through the channels, smiling as she pictured her parents’ Christmas Eve frenzy of activity.

The TV couldn’t distract her from the perfectly wrapped present. She picked at the cellotape to reveal a box. Inside - nothing. What?

This year, we're giving you a special gift - your independence.
(Lily checked the envelope for a cheque.)

We know you’ll open it before you should. So, you’ll know you have to feed yourself on Christmas Day (there’s a turkey dinner in your freezer).

Lots of love – from Bali!

[Note:
This story was written for the 6th SSFFS (Short Story & Flash Fiction Society) Project contest.
For more about the SSFFS Project go to www.shortstoryflashfictionsociety.com or follow Facebook https://www.facebook.com/pages/Short-Stories-Flash-Fiction-Stories/692915047420207?fref=ts or Twitter @SSFFS_project]

Athens rains – and we all get wet 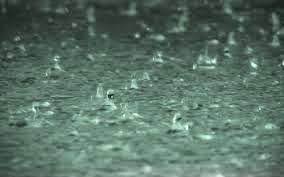 Rain doesn’t suit Athens.
It’s all the concrete that’s the problem, I think.

At least when it rains in London, the green gets even greener (and there’s probably more square metres of green space per capita in London than any other city in Europe), and there’s nothing to beat the smell of Regent’s Park after a shower. The thing is, London was built on the premise of its dampness. Just like Stockholm, which is built on a collection of islands in the Baltic Sea, it’s at peace with the liquid element, its natural habitat.

Athens’ natural habitat, however, is not damp. Its element comes from the Attica Sky all right, but not in the form of raindrops, rather in the form of heat from Apollo, the sun god.

So, when it rains in Athens, it is just not right. Everything looks soggy and grey and uninspired. It's almost as if the city is sulking.

This week has been an especially damp one, starting with some spectacular rainfall on Monday as I was making my way across the city to the office after a couple of weeks off. In the hour it took me to make my way by public transport from Holargos to Piraeus, I reckon it dumped the equivalent of the Aegean Sea on the city - the Attica Sky has been heavy with brooding, dark grey rain clouds. It didn’t take long for new rivers to form in the roads, raging torrents that seeped through the seams of your boots and soaked you from the ground-up, in spite of the brolly you’re gamely carrying.

Athens doesn't handle wet weather well – and nor do its residents. Just one good drenching and the number of cars on the road quadruples, dusty pavements become as slick as skating rinks, traffic grinds to a halt, public services change pace from slow to stop and debris-filled drains explode with gay abandon like geysers.

Athenians feel cheated when it rains.

Unlike northern Europe, things are not designed for the rain here. Many homes have tile or mosaic flooring – great in the hot summers, but chilly in the wet autumn and winter months. Tumble driers are a rarity, and with more and more people avoiding turning on their radiators due to the past few years of crisis and enforced penny-pinching, there are times you think your washing will rot on the line long before it has the chance to dry.

It was against that sad, grey background that I was making my way to the office, when I suddenly spotted something that changed everything in an instant. Standing in the Metro station was a middle-aged man chatting on his phone – like thousands of other commuters that pass through every day. But in his hand he held a simple bunch of bright yellow roses.

It was the kind of sight that makes you wish your eyelid was a camera shutter, that you could capture that single fleeting image for all eternity.

That simple splash of yellow amid the rain-washed grey of Athens was the kind of image that reminds you that even the most overcast of days holds the potential for colour. It was a sight that… ...on the other hand, somebody better stop me before I start to sound like a bad greetings card.

Glögg! Mandi lets her Swedish Chef out to play

Well, the nights have well and truly drawn in, the Christmas tree is up (and so far has not been attacked by Joker Da Kaat) and the festive season is well and truly upon us.

I've been a little lax of late on the blogging front, due to giving myself some time out to celebrate my birthday (one of the biggies) in style back in Blighty, so I thought now might the time to revisit an old post about a rather delicious (hic!) Scandinavian treat that's sure to warm your cockles, and more, in the run-up to Santa's big night. 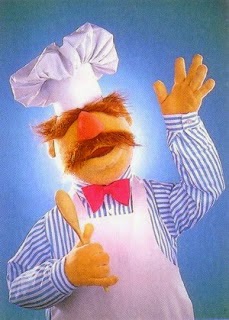 Meet Lars.
You may not know his name, but I'm sure you all know him.

He's the Swedish Chef, usually seen burbling incomprehensively (but enthusiastically) around The Muppet Show kitchen, often with a chicken looking on in horror.

I don't really know his name, but after more than two decades years of working for a company with Swedish management, he is definitely a Lars to me.
And he has a very special specality: Glögg.

I first came across it as an innocent 28-year-old, as I approached my first Christmas in my new job. Though based in Greece, many of the managers were Swedes - and they were keen as mustard to bring a little taste of the Baltic to the Eastern Mediterranean. I had already reluctantly sampled reindeer (I know, I know - but actually Rudolph and his ilk are surprisingly tasty) and had managed to avoid Rotten Herring (don't ask - it IS what it sounds like), but the smells coming from the lunchroom that December morning were infinitely more enticing.

Curiosity got the better of me and I was soon to found hanging my head over a gently seething cauldron of ruby red liquor bubbling with almonds, orange peel and sultanas, with my boss stirring away merrily. It smelt orgasmic. (The booze, not my boss!).

Before I knew it, I had a little glass of the stuff in my hand and was taking my first tentative sip. Then a bolder slurp. Then another glass or two - or four.

I don't remember much after that... except a mental note that this Yuletide concoction was lethal enough to fell a whole longship of Vikings. And that I got the bus home that evening. I think.

So, if you're feeling bold, here is a recipe, including the extras my boss liked to throw into the mix. It will certainly keep the cold at bay - but you may not feel your nose after a glass or two.

and:
sugar
1 bottle of red wine
(added extras: a few good slugs of vodka or brandy, or both!)
Blanched almonds and sultanas for serving

What to do:
- Put the spices and water in a small pan and bring to the boil. Then turn off heat and let it stand overnight
- Pass the mixture through a sieve to filter out the 'bits' from the spices
- Pour in the wine and gently heat (don't boil!)
- Add sugar to taste (about half a cup) and stir til it dissolves
- Heat but do not bring it to the boil. Alcohol evaporates when boiled and that sort of defeats the object!
- If you're feeling naughty, spike the whole thing with a splash or three of vodka or brandy
- Serve hot with raisins and blanched almonds (dropped into the cups after serving). 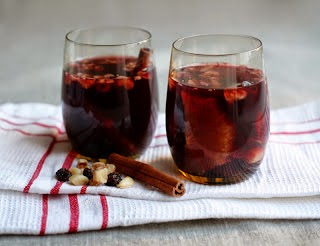