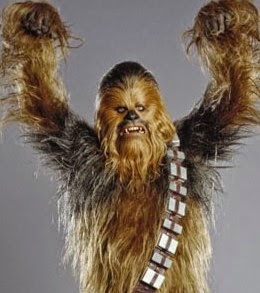 Right now, I have the armpits of a Wookie.

Most of the time, I can avoid the issue, pretend it doesn’t exist, by refusing to look at the bathroom mirror in those split seconds between peeling off the final inner onion layer of clothing and diving into a hot, reviving shower.

It’s just as well.
By the time the end of the winter is in sight (it is, isn’t it?), what lies beneath those layers is not what anyone would call a pretty sight.

It’s not a matter of body image issues – more the inevitable results of insulating yourself against the cold chill outside (and inside too, in these days of pinched budgets and rising heating bills) for months on end.

Throughout the winter, I have continued to function on all fronts, in every way. I walk, I talk, I even brain-storm, problem-solve and occasionally clean house. But beneath the thermal vest, extra thick tights, leggings, double-thick socks, slipper boots and thick swampy sweater, there’s a neglected maggot-like blob just waiting for the kinder climate to cast off its shackles and flit free on new wings among the weeds poking through the soil in my equally neglected plant pots.

My body is in something like an awakened state of hibernation.
Expanses of pale, pasty skin have taken on the colour of feta forgotten at the back of the fridge for three weeks.
Legs are hairier than my hubby (and he’s Greek!) and could probably harvest enough to knit a small scarf once I finally attack them with His Nibs’ razor.
Knees, elbows and back are in such dire need of exfoliation, I reckon only industrial sand-blasting will do the job.
And toenails that your average Horned Eagle Owl would envy.

It’s been a longer than usual, colder than usual winter here in Athens – and it’s not over yet.

The country too, is still in the grips of one of its longest metaphorical winters in living memory. One that has dampened the warm, exuberant spirit of its people, which has offered few rays of hopeful sunshine for many - despite our enviable summers.

Greece has been suffering from the national state version of SAD (Seasonal Affective Disorder) for five long years now. Wrapping itself up in layers of austerity, angst, shame, blame and bitterness – with a smidge of xenophobia thrown in for good measure – the country has bowed its head, buckled down and tried oh-so-hard to stave off the cold blast of an increasingly unfriendly international climate.

The nation is ready for a long-overdue change in the season. People are raising their chins, just a little, in the hope of spying somewhere on the horizon an end to the big chill and some sunny prospects  ahead.

On a personal level, I’m ready for the new season. I can’t wait to cast off my layers and feel the sun and gentle breeze playing on some exposed flesh as I saunter through streets dotted with new growth in the tree branches and window boxes, or sip a Sunday morning budget coffee on a pavement café as I read a book, chat with friends or simply watch the world go by.

I need it. Greece needs it. We all need it.

Labels: Greece in the news, Me Myself I, Short stories, The English Resident
Newer Posts Older Posts Home
Subscribe to: Posts (Atom)