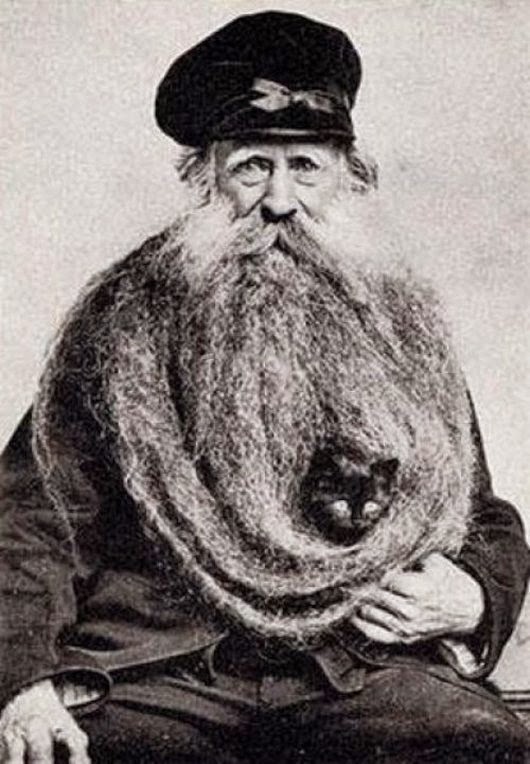 Jacob heaved his sailor’s sack onto his shoulder as the ‘Wind Rider’ bumped into her berth. He sniffed, unused to the singed caramel tinge to the smoggy air from the nearby Tate & Lyle sugar works at Silvertown.

Stevedores’ shouts cut through the damp evening and light drizzle shimmered the cobbles. Ahead, the refinery’s twin chimneys rose up behind the dockface of warehouses, cranes and bustle – a dark terrestial reminder that he was leaving his old life behind.

A small black paw gently batted his sea-roughened cheek. It came from a cat perched parrot-like on the old salt’s other shoulder, nestling in the bush of hair that hadn’t seen a barber for nigh on forty years.

Nodding farewells to the deckhands, he walked down the gangplank and left a lifetime afloat behind him. It was time to reacquaint himself with the London land he had left as a boy.

The tavern had no draw on him, buoyed as he was against the cold by the tot of rum in his last mug of ship’s tea. A faded beauty threw a weary “Fancy a good time, darlin’?” in his direction, but he just trudged on. He’d had every kind of portside whore the world could offer, and had probably fathered more street urchins that he’d had hot dinners.

He stopped at a fishmonger’s stall. Shaitan purred into the sailor’s beard at the smell of poor man’s fish. Jacob pulled out a few coins for a pint of winkles and couple of pieces of the jellied eel.

Two streets down, he reached a door unopened for many a year and pulled a key on a grimy string from around his neck. It slotted into the lock, and turned rustily to open to a small room, piled high with the cluttered order of poverty. An embroidered tablecloth beneath the dust of neglect revealed the woman’s touch that had once held sway. But no more. Sarah was gone. Taken away by the diphtheria whilst her brother was sailing the world.

Shaitan leapt to the ground, sniffing at her new surroundings. Jacob dropped his sack, took a saucer from the shelf above the sink in the corner and placed on it a piece of gelatinous fish. He put in on the floor and settled into a tired red armchair, taking a long pin from his pocket to ease the winkles out of their shells.

Empty shells rustled as he fell into a deep sleep, dreaming of the sea. The mistress – sometimes harsh – that he had served, man and boy, and who he had now left behind.

A sudden weight on his chest jolted him awake. Luminous eyes stared into his watery blue ones. Claws, ever-so slightly extended, experimentally dabbed his lips, and a pink tongue voiced a demand for more food.

Jacob had a new mistress now.