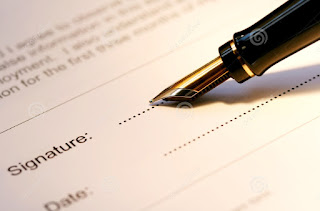 The morning silence was shattered as a woodpecker battered the trunk of an old beech tree in search of a snack. But it was another banging that woke Klaus from his drunken slumber. Someone was at the door.

He groaned - and immediately regretted it. It felt like a colony of mining dwarves was digging for gold in his head.

“Who izzit? What yer want?”

His mouth tasted like five-day-old moose droppings, and the scent of spilled alcohol, old chips, paper and ink filled his nostrils.

Klaus heaved himself to his feet, shuffled across the room and flung the door open… to no-one. A cough made him look down into the green eyes of Elvis, one of the workers who lived on the farm. He wore a beige shirt with a courier logo on his left breast.

“Moonlighting?” growled Klaus. “I could fire you for that.”

“No, you can’t. We haven’t signed this year’s contract yet.”

A box the size of a filing cabinet sat on the doorstep. Elvis nudged it with his toe: “That’s what this is all about.”

An envelope bearing the logo of the International Bureau of Folklore, Myth and Legends: Festive Events Division sat on top of the box. An angry ‘URGENT: Immediate response required’ was stamped on it.

“Well, it is October,” Elvis shrugged. “We’re already behind schedule. They want the contract back, signed and sealed, straight away.”

Klaus motioned the elf to bring the box inside, and swept some papers to one side on the tabletop. Puffs of exertion punctuated the progress of the box as it staggered blindly across the room. Klaus rolled his eyes, picked it up and put it on the table. Elvis crumpled into a heap on the floor, pulled a large spotted handkerchief from his pocket and mopped his brow.

The old man balanced his reading glasses on the end of his nose and tore the box open. It was full of requests from the most organised of kids - the annoying, anal-retentive ones who always sent their requests before the first leaves fell and made a god-awful fuss if they he got it wrong. He opened the first letter and squinted at the jumble of https, coms, //s and ¬¬¬¬_s .

He tossed it aside in disgust. “I’m too old for this.”

He took the sealed envelope and ripped it open with a nicotine-stained thumb. Fifteen sheets of clauses and sub-clauses in the kind of legalese that made an IKEA instruction leaflet seem straightforward plopped onto the table.

As he flipped through the pages, a wave of acid rose in his throat. Same as last year, and countless years before - ‘…for the duration of the three months commencing 10 October 2019…’ ‘…the 2nd party (hereafter referred to as “SC”) waives any and all rights to any previous identity…’  ‘…obliged to receive, read and sort submissions received …’  ‘…sole responsibility for the allocation of Naughty and Nice, and the consequences thereof…’  ‘…ensure the proper maintenance of sleigh and livestock for fast-track distribution …’  ‘…complete deliveries, regardless of location, within 24 hours of the date(s) stated in the addendum…’

Blah, blah, blah, yada, yada, yada. He’d seen it all before and he’d signed on the dotted line every year for as long as he could remember.

So why did it feel different this time?

Klaus reached for a pile of newspapers left unread over the past few weeks.
The headlines didn’t do much for his mood.

Fear, fake news, bullying and discord fought ads and phoney sentiment to dominate the pages. Leaders acting like spoilt toddlers. Children being forced to lead when they should be playing. Floods, famine, drones delivering pizzas or raining death on those below. Macho posturing pushing humanity to one side. Dead whales with bellies full of plastic discarded in the name of convenience. People fleeing the unthinkable, only to be met by suspicion and stereotypes. Police prowling airports and shopping malls. Frantic shoppers pushing past the homeless as they battle to grab must-have luxuries that would quickly be forgotten.

Too much stuff. Not enough spirit.

“I’ve got to wait for your answer.”

Elvis scuttered out, leaving the old man scowling at the table. Maybe he’d just sit at home and drink his way through the wine cellar this year. If he refused to sign or report for duty, would anyone notice?

He popped the cork on a bottle of port and poured himself a large glass. Then another. And another…

…it was the smell of cinnamon cookies that roused him. Like the ones his mama used to serve for Christmas morning breakfast. And there she was, sitting across the table telling him to drink up his milk so they could go see what Santa had left.

The freshly lit kitchen fire was crackling. Just a few crumbs sat on the plate he’d left on the hearth the night before, and the sherry glass next to it was empty.

Klaus blinked at a nostalgic tear as his mother took a last drag on her cigarette and dropped it into her coffee cup.

“Yes, Mama,” he squeaked in a voice he’d forgotten was ever his. He drank his milk, jumped down from his chair and took her hand. She covered his eyes before opening the parlour door...

Elvis nearly poked the old man in the eye with his nose as he came to, the taste of cookies and his happy childhood Christmas still fresh on his tongue.

“You’ve got to sign. Now!” He elf handed him his sugar cane pen. “On the dotted line, like always.”

“Just like always,” sighed Klaus, as he scribbled his name.

Elvis breathed a sigh of relief, gathered up the contract and dashed out the door, relieved he could tell the other elves they wouldn’t be looking for work this year, after all.
Posted by She Means Well... at 10:38